As the sun rays brightened up Notre Dame School ground the sounds of excitement of students welcomed the senior sports meet on the second day of Sports Day.

Then began the flow of events. There were flat races for girls and boys from classes 5 to 10. There was fun and excitement when the novelty games were on. There were games like obstacle races, jumping jacks, circle of life, camel walk, the three-legged race, picking up the dumbbells and slow cycling. The students enjoyed these fun filled games.

The field came to life with the beautiful drill displays by the various houses and class 10 students . It was indeed a feast to the eye.

Cheers went around for the relays of classes 5 to 10. The field resounded with a thunderous clap as the game of tug of war was organised for class 10 , boys and girls.

The students eagerly looked out for their parents as the call had gone out for them . The parents were quite sporting and enjoyed their games.

Finally all the students were in position for their mass drill which was followed by the prize distribution. Students were happy and proud to receive certificates and medals for their success.  The trophies were given for the best house, best athletes, the best player at football and cricket and the best marching house.

The chief guest addressed the students. While she appreciated their efforts she also told them about the importance of sports. The school head boy, Samuel Kachpile proposed the vote of thanks.

Looking forward to the next Sports Meet. 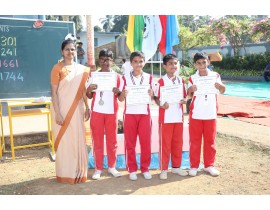 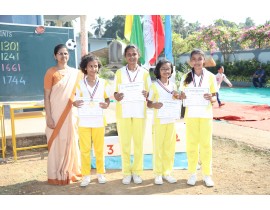 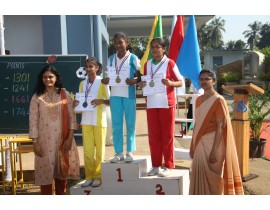 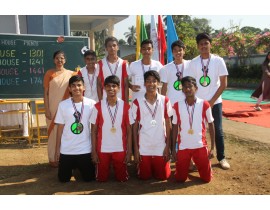 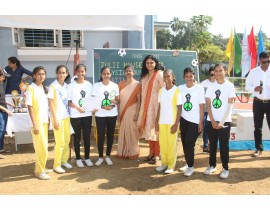 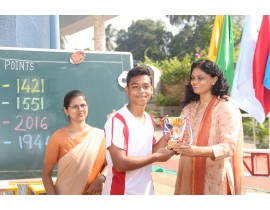 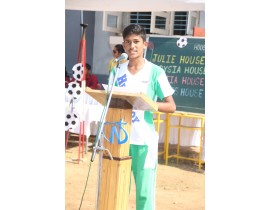